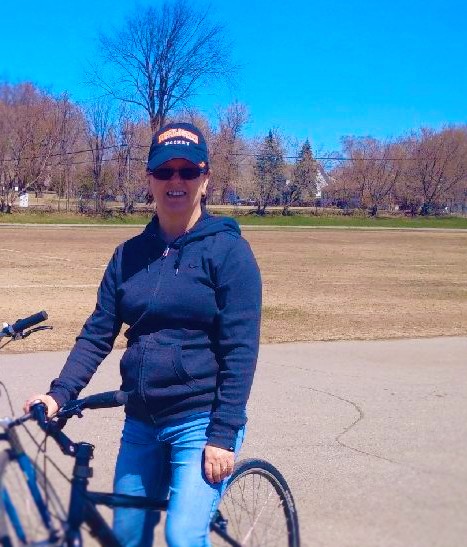 Her mother must have felt like crying as she watched her 13 year old daughter take the large pinking shears to the beautiful blue organza dress, a hand-me-down given by a neighbour for the teen dance that night.

“I hate dresses!”, Stevie had screamed, “ I want a new top for my jeans tonight! Or I’m not going!”

Stevie had always been a difficult girl, she supposed: bright, independent – stubborn!- but that first teenage fall had been especially terrible; they’d moved from Goose Bay to Yorkton, Saskatchewan that past summer. Her father was in the army. Friends replaced, junior high in a new city to negotiate, even language differences, going by the early teasing of her “newfie” accent. She’d quickly learned to drawl like a local.

Sighing, her mother had gently taken the sewing scissors from her. “Stephanie, let me help. You’ll cut it too high.” And she not only helped, but as usual, she finished it for her. For her Stephanie.

Stevie’s eyes watered as she paused in her workday hustle on the downtown street, and gazed into the display window where a flowing baby blue chiffon dress stabbed that 40 year-old memory into view as clear as the azure fall sky overhead.

That lovely old-fahioned dress, made into a top that she wore to that dance those decades ago, had certainly never been her style, but her mother, pins in mouth, had cut and hemmed and carefully chosen and sewn new buttons on it, listening and nodding all the while to her daughter’s rants about the sucky colour, the ugly style, without a word of complaint. And Stevie had thrown that top out the next day after the dance, she remembered now with a shameful flush.

Gone from life much too soon these many years past, her mother would have loved to see this fancy, expensive gown on “her Stephanie”.

Stevie walked into the store and bought the dress.